Communication is key. This phrase has been used often but what does it mean? Communication is the ability to pass information between individuals or a group of people. In this process, a person’s thoughts, intentions and objectives are clearly understood. Communication is achieved only when both the sender and receiver understand the same information. In any situation, personal or business, without two sides communicating effectively, the information can be misinterpreted or lost.

Effective communication is a skill that can be mastered by using the five C’s: clarity, consistency, creativity, content and connections. But what happens when successful communication breaks down before any of these strategies can be applied? What if there is a language barrier?

There are roughly 6,500 spoken languages in the world today. According to the 2012 Census Bureau, in the United States specifically, 80% of the population speaks English. That number may seem high but that leaves 20% of the population- roughly 65,000,000 people speaking other languages. Spanish speakers account for 38,000,000 people in the United States.Without learning another language, people can unintentionally alienate large groups. That limitation lends itself to partial isolation in both personal and business relationships.

The advantages to learning a second language are astronomical, from a healthier brain, improved abilities in problem solving and critical thinking, to an increase in your marketability and pay wage. By opening yourself up to new languages, every part of your life can benefit. In the United States, there has been an increase in the amount of people learning a second language- specifically Spanish. As mentioned before, native Spanish speakers account for over 12 percent of the U.S. population or just over 38 million people. A study done by Harvard University showed that out of all the Elementary schools offering a second language program, Spanish has risen from being offered in 68% of them to 88% in a 21-year span. The need to learn Spanish has jumped exponentially in recent years and does not seem to be slowing down any time soon.

Opening up yourself to learning Spanish increases your ability to communicate with a much broader spectrum of not only the U.S. but the entire world. Spanish is the second most spoken language in the world today behind Chinese with 437 million native speakers. That number is expected to rise steadily in the future meaning that learning Spanish can be used as a valuable communication tool.

Leaning a new language is easier now more than ever before with so many learning tools available for those looking for Spanish classes in NYC. Choosing the one that is going to work best for your type of learning is the first step. Luis Cardozo started a program for learning Spanish in NYC called the Natural Conversational Approach. This idea takes the need, desire, skill and learning style of the client and tailor makes a program to fit. From the first day, the students are immersed in the language by bringing them into real life interactions. Using cooperative learning, role playing, multimedia and field trips, Luis engages the class in the rich Spanish language and culture.

Mr. Cardozo has been running his Spanish language school, SpanishNYC for over 17 years. Opening his doors in 2001, Mr. Cardozo began teaching his students to master the Spanish language quickly and effectively by offering customized Spanish instruction and translation services. Leaving his home country of Columbia, Luis brought his love of his language to America and began his journey to teaching anyone and everyone with the desire to learn. Luis is quoted as saying, “To teach is to touch a life forever.” He believes that through learning a new language people learn compassion for others because they gain a deeper understanding of another person’s values and culture, opening the mind and expanding the person’s horizons.

Communication is the key to what? If we look at communication through language, it is the key to compassion, understanding, growth, health and success. Communication brings people, culture, society and communities together while allowing us to share ourselves with others. In this day and age of technology and fast-paced life, we can communicate with people from our own homes that are on the other side of the world. Learning a new language can connect us in ways that you never been able to be done before. There is no better time to pick up a new language and engage with new people from vast cultures. The world is at your finger tips and communication is the way to engage it fully. Start your journey to learning a new language today. 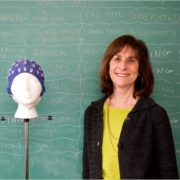 The Bilingual Advantage by Ellen Bialystok – The New York Times

Limitless Advantages to Learning Spanish as a Second Language

Three Ways to Dramatically Improve Your Spanish
Scroll to top